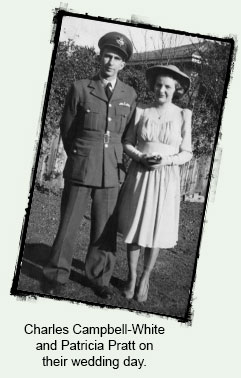 Kia Ora Foundation was founded in 1997. Its primary goal is to enable post-graduate study in musical performance while its secondary purpose is to assist in education in applied sciences. The Patricia Pratt Scholarship is named after Ms. Campbell-White’s mother, a talented pianist who had hoped as a young woman to become a physician, but was prevented from doing so by the exigencies imposed on New Zealand by the Second World War. The Charles Campbell-White Scholarship is named after Ms. Campbell-White’s father, who, after serving as a fighter pilot for the RAF and RNZAF in the Second World War, studied Mining and Metallurgical Engineering at the University of Otago in Dunedin. These two people believed that education is the key that unlocks the future, and it is to honour this conviction and to honour Charles and Patricia Campbell-White that Kia Ora Foundation and these Scholarships exist.

In addition to the Scholarships, the Foundation funds special projects, which support activities involving New Zealand artists. Such projects range internationally regarding appearing in musical performance or in undertaking further study not specifically related to an academic institution.

Special Grants and Awards—These are awarded by the Trustees and have ranged from support of New Zealand artists appearing in internationally staged opera productions through to special grants for study and master class projects such as the Pacific Opera Programme in Christchurch in 2011.

Kia Ora Foundation Board of Trustees

Ms. Campbell-White established the Kia Ora Foundation in 1997 to assist New Zealand students in post-graduate study in the fields of musical performance, science and engineering.

She served as Managing Partner of MedVenture Associates I to V from 1986-2016, a firm dedicated to venture partnerships investing primarily in early stage businesses in the health care field. Previous experience in investment banking concerned chiefly positions as securities analyst and General Partner of Hambrecht & Quist, an investment banking firm in San Francisco. Ms. Campbell-White has a B.S. degree in Chemical Engineering and M.S. degree, both from the University of Cape Town, South Africa. She has served on the Board of Directors of a number of privately held companies. Ms. Campbell-White has also served on the boards of numerous performing arts associations, and continues to serve on the San Francisco Opera Association Board of Directors and the Advisory Board of Garsington Opera. In 2018, her contributions in the arts were recognized with the prestigious Philanthropist of the Year award from the International Opera Awards Foundation. Ms. Campbell-White is currently a member of the Wikimedia Foundation Endowment Advisory Board and the Advisory Council for the Harry Ransom Centre at the University of Texas in Austin.

David Bremner is principal trombone of the New Zealand Symphony Orchestra, a position he has held since 2002. Prior to this appointment, he was principal trombone of the Auckland Philharmonia. Born in New Plymouth, David began his early musical studies on cornet and euphonium under the tutelage of his father Trevor Bremner. After moving to trombone he went on to graduate with honors from Victoria University of Wellington studying with Marc Taddei. He was awarded the prestigious Patricia Pratt Scholarship to study at the San Francisco Conservatory of Music, and graduated with a Master’s of Music degree studying with Mark Lawrence. During this time he was a finalist in the Gisborne Music Competition, placed third in the New Zealand Young Musicians Competition, and won the Shenson Young Musicians competition in California.

A versatile musician, David has recorded with the New Zealand rock band, Crowded House, performed with the San Francisco Symphony Orchestra and the Royal Philharmonic Orchestra of London, as well as many brass bands across Australasia and the U.K. He is a founding member of Bonanza Trombone Quartet, and served as Music Director of the Champion Band of New Zealand from 2013-16 and the Australian Champion Band, Wellington Brass in 2015.

Mr. Bremner is heavily involved in music education in New Zealand, previously teaching trombone at the New Zealand School of Music for more than 10 years. He is also the presenter of the Brilliant Brass on Radio Concert.

Dr. Naumann-Etienne has been the Chairman of the Board of Varex Imaging since January 2017. He also held this position at Cardiac Science and one of its predecessor companies from November 2001 to December 2010.

Until November 1999, Dr. Naumann-Etienne was the Chairman of the Board of OEC Medical Systems, a world leader in fluoroscopic imaging for minimally invasive surgery. He assumed the position in 1993. From 1995 to 1997 he was also CEO of the company.

From December 1987 to July 1990 he was President and Chief Operating Officer of Diasonics. From 1984 to 1987 he worked for Hambrecht & Quist, the former San Francisco-based investment bank and from 1974 to 1984 he held various management positions at Texas Instruments.

Dr. Naumann-Etienne is also a director of Iridex. He has previously been a director of Varian Medical Systems, Bio-Rad Laboratories, Laserscope, and Diasonics as well as a trustee of the World Affairs Council of Northern California and a director of the Exploratorium, a San Francisco science museum.

Dr. Naumann-Etienne holds a Ph.D. in International Finance from the University of Michigan. He received a Master’s Degree in Industrial Management from the Georgia Institute of Technology and did his undergraduate studies in Business Administration at the Technical University Berlin, Germany.